Murder in Notting Hill – A book by Mark Olden 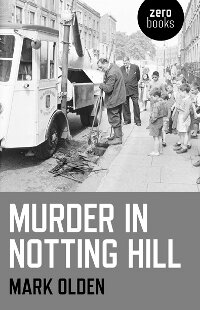 Police and council workmen search a drain for the murder weapon.
Copyright: Mirrorpix.

"For anyone interested in justice in modern Britain this is an important book." Brian Cathcart, author The Case of Stephen Lawrence

At around midnight on May 17, 1959, a white gang ambushed Antiguan carpenter Kelso Cochrane on the corner of a Notting Hill slum street. One of them plunged a knife into his heart. He was never caught. Murder in Notting Hill is a tale of crumbling tenements transformed into a millionaires’ playground, of the district’s fading white working class, and of a veil finally being lifted on the past.

Mark Olden is a London-based print and broadcast journalist. He has worked for Channel 4 and the BBC and written for publications including The Guardian, The Observer, The Independent, The New Statesman and The Sunday Times.